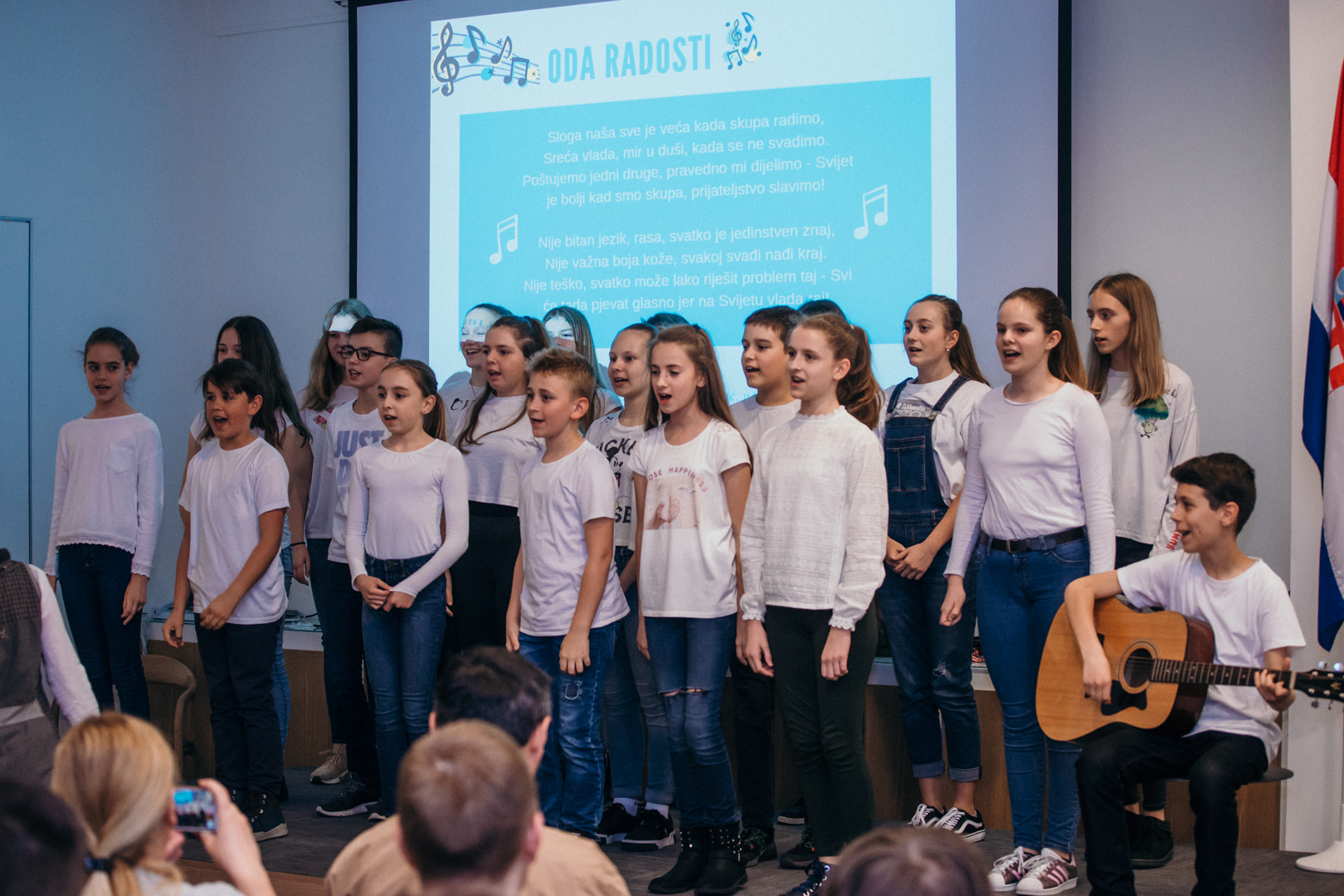 Croatia will not introduce Euro until at least 2023. Voter turnout for European Parliament elections is low, especially among the youth. The biggest threat for the future of the EU might not be euroscepticism, but “euro-indifference”. Those are answers to some of the questions asked on Gong’s Europe Day event.

How much is Croatia contributing to the EU budget and how much does it gain from it? What can we expect from Croatia’s entrance to the Eurozone? Who are eurosceptics? To what extent do youth and schools participate in Erasmus+ program? Pieces of information such as research-based figures, ratios and trends are of big help when looking for correct answers to difficult questions.

After workshops on learning about the EU and rights and possibilities related to European citizenship, held throughout 2018 and 2019 in high and middle schools in Croatia, extra questions about the EU were gathered from pupils. They were answered at the evening event held in House of Europe on 9th of May 2019. Gong gathered experts such as editors of Croatia’s only fact-checking website Faktograf.hr to provide factually verified answers; information and trends were also commented on by Marina Tkalec from Economic Institute in Zagreb, Branka Radonić Choudhury from Agency for Mobility and EU Programmes, and Berto Šalaj from Faculty of Political Science in Zagreb.

Although a significant share of citizens (48%, according to HNB’s research)on public opinion on implementing euro, February 2019) fear price raises and fall of standard after implementation of Euro, Dr. Marina Tkalec from Economic Institute in Zagreb stated that implementing Euro as a currency does not mean implementing  European prices. During her presentation she stated that implementing Euro would not impact every citizen equally – it would have a smaller impact on citizens with lower level of income (such as pensioners and unemployed). She has also stated that Croatia would not be able to implement Euro at least until 2023, even if Croatian government decided to opt for currency change this year.

Branka Radonić Choudhury from Agency for Mobility and Programmes of European Union presented Erasmus+ program through key statistics. She stated that the percentage of satisfaction with Erasmus+ program exceeds 90% and she underlined some positive impacts on achieving skills and competence, which increases employability and entrepreneurship and decreases time period of transition from education to  employment (+13%), improvement in knowledge of foreign languages (+7%), positive social behavior and sense of belonging in Europe (+15%). Through Erasmus the youth of Croatia most often go to Germany, Spain, Poland, Austria and Italy, she stated.

A Faculty of Political Science professor and a member of Gong, dr. Berto Šalaj introduced participants to the term euroscepticism and stated: „There are only a few options in European Parliament that strive to exit the EU. The biggest problem of the EU isn’t euroscepticism, but euro-indifference“ while emphasizing that, according to his opinion, the biggest threat is „if the citizens cease to want to participate in European political processes“. Information on European election voter turnout show weak results – 25,24% in Croatia – which is under the EU average of 42,54%. If we observe the young age group (18-24) separately, the turnout is even smaller. For youth in Croatia it is only 13% while the EU average is 20%.

To introduce the EU topics to the event, pupils of Pavlek Miškina middle school sung their own interpretation of Ode to Joy to participants. Namely, lyrics on values they want to see in Croatia and Europe had been written by pupils themselves on a melody of Beethoven’s the Ode to Joy under the mentorship of teacher of their music teacher, Saša Marić.